HoneyGuide Apps, a travel and tourism startup based in Nepal, partnered with us to develop and launch its mobile-based product, a trekking app in Nepal, on Android and iOS platforms. We provided end-to-end product development solutions to the startup for planning, designing, developing, and deploying their mobile applications, Web Services, and Marketing Website and also helped them to provide technical support to customers and build their in-house technical team. HoneyGuide represented Nepal in Slush Global Impact Accelerator Program 2016 and has become a pioneer travel tech startup in Nepal. 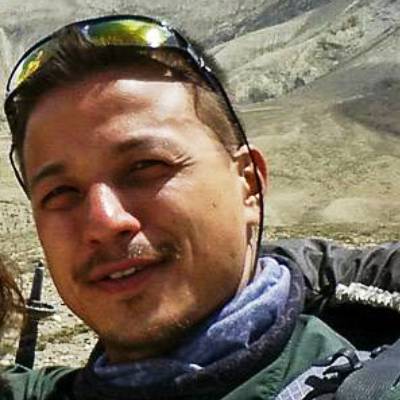 I do not see my relationship with Suman and Nirajan and Wolfmatrix as a business relationship. They are my friends and brothers. For starters, HoneyGuide, the company I run, and Wolfmatrix started together. Hence, both the companies and the people sort of like grew together. We built the Trekking in Nepal mobile app together, and suffice it to say that it has already helped more than 30 thousand trekkers in Nepal. Sure it wasn’t easy, and we made a lot of mistakes along the way. But the thing is these guys will never try to bullshit their way out of their mistakes. Sure sometimes the estimates were off, but there was no finger-pointing. Sure there were cost overruns, but both parties were able to find an amicable solution. And I believe, it is in spots that you realize the real character of the people you are dealing with. And boy have they grown. It is this exact same no-nonsense and genuineness that I still see in them today. The only difference now is that they make way fewer mistakes, their estimates are spot on, and there is no such thing as cost overruns with these guys. And to top it all off, I have always loved having product conversations with Suman who is not afraid of asking tough questions, sometimes even at the cost of losing business. For example, I distinctly remember a meeting on adding a map feature in which Suman grilled me to understand why this feature was important. He asked me if investing in some other functionality would yield a higher ROI. Honestly, I hadn’t thought through the feature and Suman made sure that I did. Now that is the level of genuineness you can expect from these guys. As such, you can take it from a guy who has worked really closely with these guys that they are not your average “Oh yes, of course, it can be built,” kind of technology company. They are the “Should it be built?” kind of tech company. And this is what makes them different. I will forever be indebted to these guys for all they have done for HoneyGuide. If you are looking for smart and upfront people who will bring the best out of you and your idea, go with Wolfmatrix.

Technical partnership to build an innovative application to trekkers in Nepal

Honey Guide is an innovative idea of incorporating technology to ease the trekking and travel journey of the user. The co-founder of Honey Guide, Mr. Ashish Shrestha contacted us with this new project idea of creating a trekking guide app. And sought our service and expertise to convert the rough idea into the actual product. The rough idea of the trekking app was to develop a mobile and web app that can help trekkers while they embark on their journey in the mountains and also a website that provides useful information about the Trekking regions in Nepal.

Honey Guide is a travel and tourism-based startup in Nepal

The major outcome of the project was that we were able to develop a trekking app which met the requirement of our client. The few of the major features developed by us are:

We provided them the end to end solutions

Honey Guide is a travel and tourism-based startup in Nepal

Do you have a business idea but no technical knowledge?

We can transform your ideas into reality with our innovative technical solution and partnership.

We can transform your ideas into reality with our innovative technical solution and partnership.

The trekking app was developed and delivered on time. Also, the trekking app and Honey Guide has been widely appreciated for its service and efficiency. HoneyGuide represented Nepal in Slush Global Impact Accelerator Program 2016 and has become a pioneer travel tech startup in Nepal. 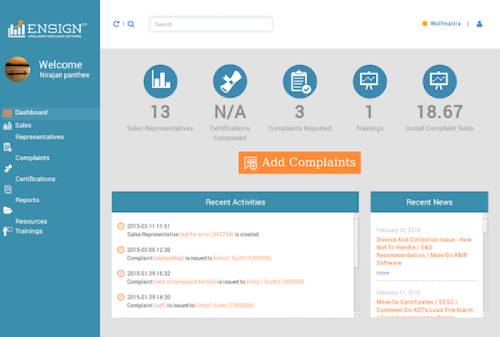 Wolfmatrix develops a cloud-based fleet management software for a client